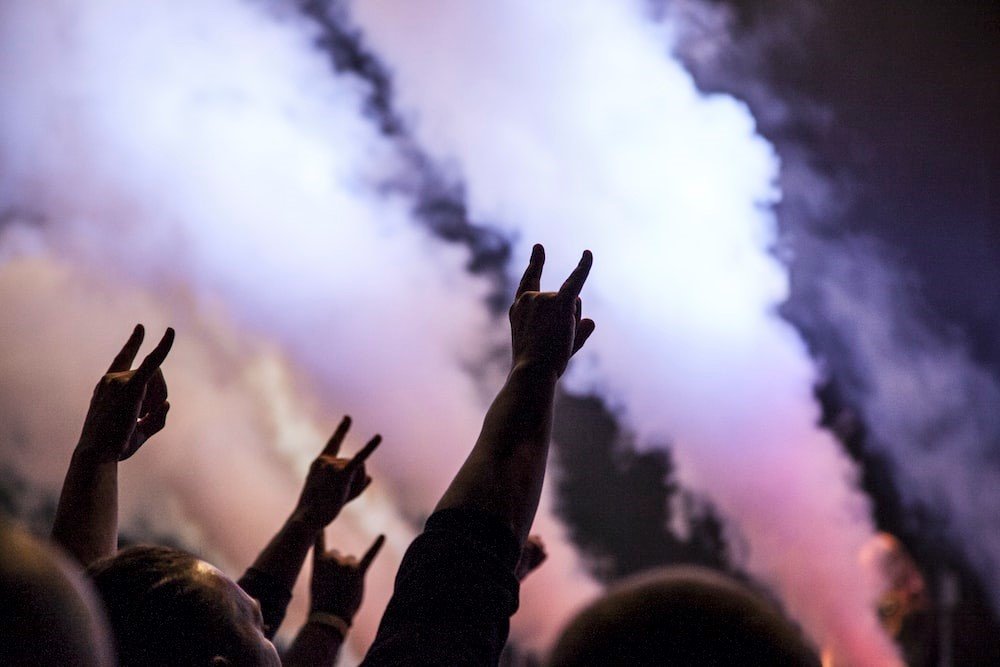 The music industry is constantly growing and expanding to accumulate new artists, genres, tunes, and melodies. In the past, there were only a few large umbrella genres that didn’t allow for much differentiation.

However, as time has progressed and music has become more accessible, new genres have developed to allow for a more specific taste. One type of music that has seen a great deal of development is metal music.

Metal music can be traced back to the 1960s when bands such as Blue Cheer and Black Sabbath began experimenting with heavier sounds and distorted guitars. From there, the genre continued to grow and evolved into the various subgenres that exist today.

To help you get a better idea, we have compiled a list of the most popular types of metal music to exist today – each with its own unique sound and style, catering to a specific audience.

Thrash metal is described as one of the most aggressive and fast-paced subgenres of metal. It is characterized by high levels of distortion, fast tempos, and aggressive lyrics. It is often considered to be a more “mainstream” form of metal, as it has been adopted by many mainstream rock and metal bands. Some of the most popular thrash metal bands include Metallica, Megadeth, and Slayer.

Emerging in the early 1980s, death metal too is an aggressive type of metal music. It is defined by its characteristic guttural vocals, double-kick drums, and heavily distorted guitars. Death metal is often seen as the more extreme end of the metal spectrum, as it is often associated with satanic and occult imagery. Some of the most popular death metal bands include Cannibal Corpse, Morbid Angel, and Obituary.

Black metal is a subgenre of heavy metal music that originated in the 1980s and has since been the target of controversy. It is characterized by its fast tempo, dark atmosphere, and aggressive lyrics, as most black metal songs revolve around Satanism, death, and other dark topics.

Some well-known black metal bands include Venom, Bathory, and Burzum. In the past, the genre has been accused of being satanic and promoting violence. However, many black metal musicians deny these claims and say that they are simply creating art that reflects their dark worldview.

Members of black metal bands typically dress in all-black clothing and wear black makeup to give themselves a more demonic appearance. They also often adopt pseudonyms instead of using their real names.

Doom metal is a subgenre of metal that is characterized by slow tempos, heavy distortion, and dark lyrics. Doom metal is considered to be the most “atmospheric” form of metal, as it often creates an ambiance of dread and despair.

These bands often use minor keys and create a sense of unease or foreboding in their music. Some doom metal songs are even based on classical pieces by composers such as Johann Sebastian Bach or Wolfgang Amadeus Mozart.

In the 1990s, doom metal gained popularity in the underground metal scene, with bands blending elements of traditional heavy metal with the slower tempos and darker lyrical themes of horror films and gothic literature

Metal music is a genre that has seen a great deal of development over the years. It has evolved into multiple categories, each appealing to a specific audience. The above-mentioned are just a few of the many types of metal music to exist today.

Summary: From doom to thrash, this articles takes a closer look at the most popular types of metal music that exist today.