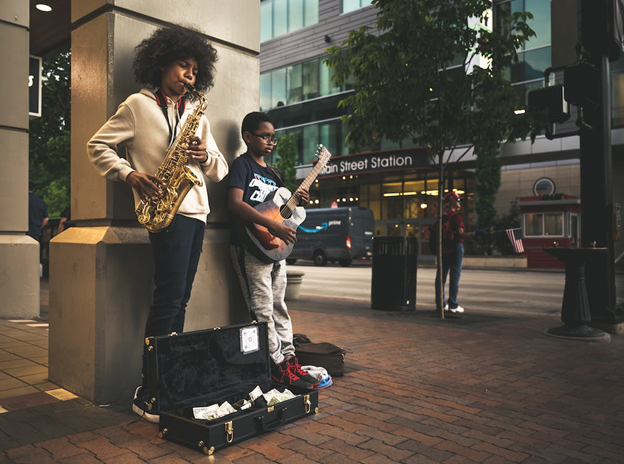 Believe it or not, the vast majority of professional musicians are quite poor. You might have trouble believing this due to the lavish lifestyles we see musicians on Instagram leading. After all, an artist who’s photographed drinking champagne in an infinity pool in Greece probably isn’t struggling to pay their bills. However, other musicians rarely possess the finances needed to record and put out an album.

One might wonder how such artists still manage to create and release music given that studios cost thousands of dollars to rent out each day. The truth is that many of these musicians are able to book studios only because their record label has given them money to do so. Without this assistance, they probably wouldn’t be able to make music.

So where does this leave aspiring musicians who aren’t signed to labels? There must be a way to get funding and financial support for recording music. In this guide we hope to cover just that.

So join us as we look over the different ways for aspiring musicians to get funding and financial support.

Crowdfunding is an excellent way for people to independently raise money for a project. Whether that is to create a video game, shoot a film, or record an album. Many famous bands and artists have turned to crowdfunding sites such as Kickstarter and Indiegogo when they wanted to record and release music independently. This includes acts such as Amanda Palmer and Protest the Hero.

You should note that crowdfunding an album isn’t easy given that thousands of artists are currently already doing this on crowdfunding platforms. If you want your crowdfunding initiative to gain any traction, you will need to promote it properly using platforms such as social media.

One smart strategy is to record a track or two and share it with your followers. You can then tell them you can record a whole album if they donate money to your crowdfund.

Crowdfunding can be a slow process and it isn’t uncommon for artists to run crowdfunding campaigns for many weeks or even months to raise their desired funds amount. If you need a large sum of money quickly, it may be better to take out a loan to fund your album.

While many banks and credit unions would be hesitant to give out loans to musicians due their lack of steady income, you can still turn to private lenders. Depending on where you live, you might have access to dozens of private lenders in your city. These people are more likely to give out loans with no questions asked. The only catch is they tend to charge high interest rates.

This means you might be stuck in debt for a while unless your album sells well once it is released.

Finding the Right Funding For Your Music

As you can see, musicians can get funding in a few different ways. However, each method comes with its set of drawbacks. So be sure to consider each one carefully before making your choice.