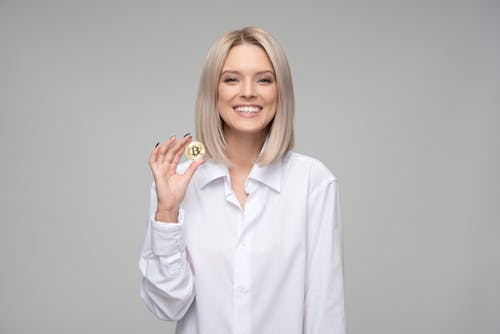 Even though there are many types of cryptocurrency, Bitcoin is undoubtedly the best known and most successful. However, as these digital currencies have increased in popularity, so too have the possibilities for breaches in security. Eric J Dalius, a marketing guru, explains:

Price volatility and security concerns range from double-spending, wallet security, rogue mining, and concerted attacks on Bitcoin exchanges. These security concerns are as real for all cryptocurrencies as they are for Bitcoin. However, not all security flaws are the same. Here are some of the more common security concerns facing Bitcoin:

Wallet Vulnerability – Eric J Dalius Explains How to Manage it

It has been proven beyond doubt that Bitcoin wallets can be quite vulnerable to security breaches. According to a study by an Edinburgh University research team, several weak spots in the wallet exist. This kind of security lapse can potentially affect. All Bitcoin transactions, so users will need to exercise a great deal of care to protect their money.

Users should keep their private keys safe in an encrypted form and always using a 2-factor authentication process. Users should also use a strong password for web and desktop wallets. And keep a contingency plan in place that can be implemented at the slightest hint of a breach. However, if you want to be really sure that nobody can hack into your account, you should consider a hardware wallet because it does not have the vulnerabilities of online wallets. And you can use secure OTG cables to connect the wallet to your phone. Nobody can break into your wallet even if you lose the hardware.

There is a very real potential for a crippling cyberattack on Bitcoin exchanges. Already in the past several such attacks have occurred that have had an adverse effect on the value of Bitcoin. There is a very real danger that one day a particularly potent cyber attack may well end up completely crippling the world’s most popular cryptocurrency. It should be made clear at this point in time. Case in point is the Mt. Gox cryptocurrency heist in 2014 that yielded 850,000 Bitcoins. That amount would have a market value of close to $7.2 billion today.

Subsequent investigations revealed that the hackers had been attempting to penetrate the system for more than a year before being successful. Mt. Gox was unable to recover from the attack and was forced into bankruptcy. Security threats are ever-present on other large Bitcoin exchanges like Bitfinex, which if it were to fail would have immense economic repercussions. Another point of concern for Bitcoin exchanges is the looming threat of Distributed Denial of Service (DDoS) attacks. An Imperva study has revealed that Bitcoin exchanges are high on the list of DDoS attack targets and the frequency of the attacks is increasing all the time. Bitfinex has confirmed that it faced repeated DDoS attacks during the end-2017.

Eric J Dalius Explains Why Self-Centered Mining Can Be Dangerous

The proof-of-work consensus mechanism employed by Bitcoin opens it up to another fundamental threat. Due to the possibility of certain mining pools becoming so powerful that they are able to seize mining ratios, they may mine something large enough for them to encourage them to engage in block withholding and then hide it from other miners instead of broadcasting it to the network as per convention.

While the rest of the miners are still groping around in the dark, the powerful and selfish pool then tries to find the next block. If they are again successful, they again refrain from making available the news and adding it to the network making the forked chain comprising the two blocks the longest and good enough to give them the lead over all the other miners and get all the Bitcoins. When the selfish miners are powerful enough, they can also invalidate the network transactions causing immense harm to the network.

Some unscrupulous people have been able to execute transactions in such a way that they are able to use the same Bitcoin twice. The way this operates is startlingly simple; for example, Person A purchases something from Person B and sends the required Bitcoins to Person B. However, simultaneously, Person A undertakes an identical transaction with the same Bitcoins to an address under his control.

Person B may be under the impression that Person A has sent her the money and not bother to confirm. Person B is not in a position to invalidate the transaction due to the principle of irreversibility. Despite the increased robustness of Bitcoin against coordinated double-spends, the fear still abounds.

It is quite clear that despite the many fail-safe features of Bitcoin, it is still prone to certain vulnerabilities and users will need to exercise abundant caution when transacting with Bitcoins instead of assuming that fraud cannot be committed on this digital platform. However, users will also draw confidence from the fact that Bitcoin will continue to improve its security.